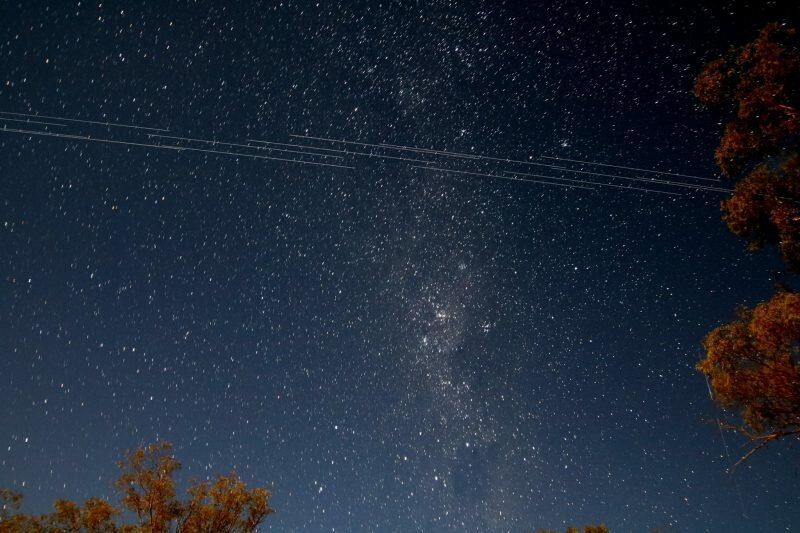 Starlink, what the heck is STARLINK?

Is this from Elon Musk? I mean from SpaceX?

Yes. Every one heard SpaceX and Elon Musk. But a lot of people don't know about this new project. The constellation consists of thousands of tiny satellites that work as a group with ground transmitters and that satellites provide high-speed Internet globally. SpaceX also plans to sell satellites to US military, some scientific companies and for some exploratory purposes. As of November 2019, SpaceX has deployed 122 satellites to space. From November 2019, they plan to use 60 more per launch every two weeks. Overall, by May 2020, nearly 12,000 satellites will be deployed, with a further extension of up to 42,000. It is planned to orbit 12,000 orbiting satellites first in an altitude shell of 550 km, or 340 miles, and then the SpaceX planned to start this project. Commercial missions can be launched by 2020, with 7,500 V-band satellites at a distance of 340 kilometres or 210 miles.

Thousands of satellites in orbit over 1,000 km, or 620 miles, have raised concerns over the long-term dangers of space rot due to astronomy's impact. Asterix Design, Build and Deployment The decade-long project's total cost was estimated to nearly 10 billion dollars by SpaceX in May 2018. Product development was launched in February 2015, and the first two prototype test satellites were launched in February 2018. The second test satellite and part of the constellation were deployed on May 24, 2019, when the first 60 of StarLink satellites were operational in space. Starlink has conducted research, development, production and orbital control operations at the SpaceX Satellite Development Center in Redmond, Washington. 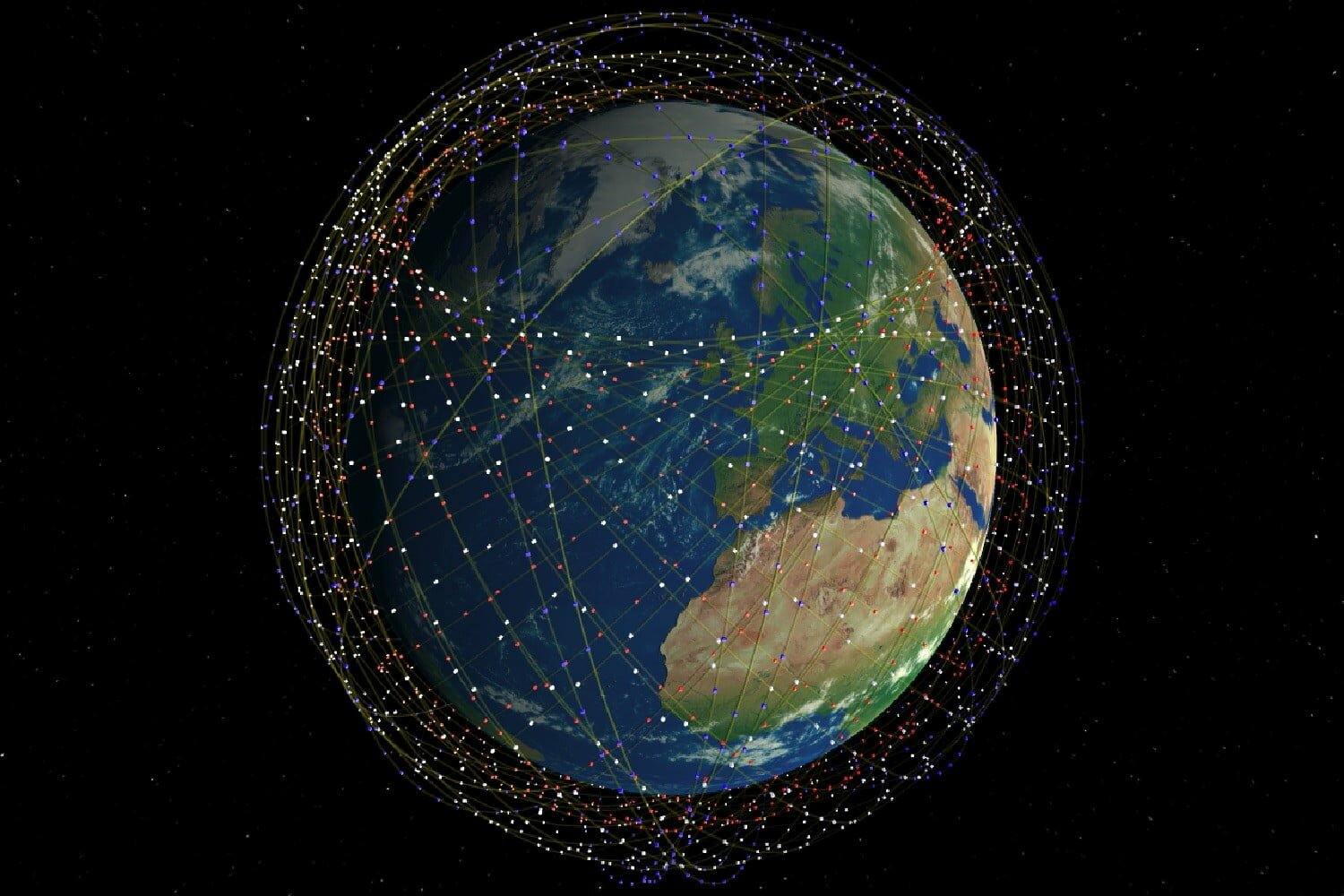 Internet communication satellites are expected to be in the range of 100 to 500 kilograms, or 220 to 1,100 pounds, and are intended to be in low Earth orbit at an altitude of about 1,100 kilometres. These facts are based on information released early in 2015. In May 2019, first 60 satellites were deployed, that 60 satellites are 227 kilograms (approximately 500 pounds), and SpaceX decided to keep the satellites relatively low. Due to concerns about the space environment of 550 kilometres (340 mi), By January 2015, the initial plan was to make the constellation roughly 4,000 cross-linked satellites, more than double the number of satellites in orbit in January 2015. According to documents filed by the US Communications Commission, or FCC, the satellites will use visual inter-satellite connections and stage array beam-making and digital processing technologies in the Ku and Ka bands. Based on Information on SpaceX Optical Interconnect Links Bond enforced confidentiality. The original satellites will be launched without lasers, and in October 2019, SpaceX expects these satellites to be ready by the end of May 2020.

Satellites will produce a lot less cost per unit of capacity than existing satellites. For both satellite and rocket to be addressed in order to revolutionize space, small satellites are vital to reduce the cost of Internet and communications based on space. In February 2015, SpaceX asked FCC to consider future innovation practices in the car-band spectrum, before entering into 5G communications regulations that would impede entry into the satellite communications market. SpaceX's non-orbital communications satellite constellation will operate in high-frequency zones higher than 24 GHz. Radar-transmitting antennas have a wider geographical impact.
Internet traffic via a geostationary satellite has a minimum theoretical round-trip delay of 477 ms (between the user and the ground gateway), but in practice, satellites have delays of 600 ms or more. Starlink satellites orbit from 1⁄30 to 1⁄105 in altitude, providing delays from 25 to 35 ms from Earth, if we compared this satellite internet and existing cable and fibre networks, the delay is same. The system will use a peer-to-peer protection protocol that is said to be [simpler than IPv6], which includes native end-to-end encryption. However, no information about this has not yet released. Starlink uses Hall-effect thrust with Krypton gas as the reaction mass to orbit satellites. The Krypton Hall Thrust operates with Xenon but has a significantly higher erosion of the flow channel compared to the low propellant equivalent propulsion system.

About the creator, Elon Musk 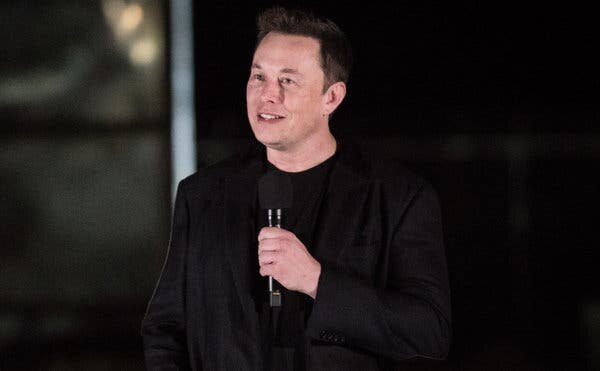 This concept was created by Mr.Elon Musk. He was born on June 28, 1971. And also he is a technology entrepreneur, an investor and an engineer. He is a South African, Canadian and a US Citizen and also Founder, CEO and Chief Engineer of SpaceX, Designer, CEO of Tesla Inc. and Product Architect, Co-Founder of Neurolink, The Boring Company Founder, and co-founder and founding co-chair of OpenAI. Wait for what, how many businesses does he has? You can Google it even you think. But his every work worth billions of dollars.
Musk was elected a member of the Royal Society (FRS) in 2018. In December 2016, he was ranked 21st on Forbes 'list of World's Most Powerful People, and topped the Forbes' Most Innovative Leaders List. His net worth is $ 22.8 billion and is listed by Forbes as the 40th richest person in the world.

About the company, SpaceX

This project is doing by SpaceX. The Space Exploration Technology Corp. is renowned worldwide as an American aerospace manufacturer and aerospace transportation company headquartered in Hawthorne, California. It was founded by Elon Musk with the goal of reducing space transportation costs to allow colonization of Mars. SpaceX has developed Falcon launch vehicles and Dragon spacecraft. SpaceX's achievements include being the first private company to successfully launch to the orbit, and retrieve a Falcon 1 spacecraft in 2008. The first propulsion landing for the spacecraft Dragon, an orbital rocket to the International Space Station. In 2015, the Falcon 9 re-launched an orbital rocket, the first private company to launch an object in orbit around the sun, and SpaceX re-launched 18 space missions into the International Space Station in partnership with NASA. In 2011, NASA awarded SpaceX another development contract. It is for the development and depiction of a human-grade dragon, which is used to transport astronauts to the International Space Station and bring them safely to Earth.

Boston Dynamics - Changing your idea of what robots can do